“Equality is the soul of liberty; there is, in fact, no liberty without it”

This quote highlights the overall experience or topics that we have discussed during the AAEE exchange program between Indonesian and Japanese students. In general, during the program, we discussed a lot about the common issue revolving in both Japanese and Indonesian society that highly relates to inequality issues, such as gender or race inequality problems. 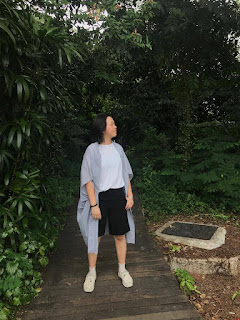 Throughout this AAEE program, although all the topics are equally interesting, one of the things that have caught my interest is none other than the discussion of racial or ethnic equality. This is one of the many topics that we have discussed during AAEE programs yet it leaves the strongest impression on me, and therefore I would like to discuss more regarding that. Ethnic inequality has been around even before people deemed it as an issue. Throughout history, inequality has been an issue that revolves around the world, whether it is about gender, income, or race/ethnicity that remains unsolved even to this day. Luckily, people had seen this as a major issue and thus decided to act upon it by conducting movements to raise the awareness of this concern, such as the #StopAsianHate or the #BlackLivesMatter movements in an attempt to stop inequality. Thanks to these movements, many people are becoming more aware about the current issue of racial inequality. However, still, the fact remains unchanged that many people did not bother to even ask about the most fundamental question, which is: where does all of this hatred (specifically inequality towards ethnicity) stem from?

I humbly believe that one of the most prominent reasons why racism or xenophobia exists is because there tends to be prejudice against a particular marginal ethnic group that are put at a disadvantage since they are a minority. Assumably, not only are they treated differently from the majority, they also have certain disparity in both socially and economically. For instance, the reputation of a certain person that comes from the same marginal ethnic group might be reduced drastically just because they come from the same marginal ethnic group as the ones that are currently being seen in a negative light. A quintessential example for this is the recent racial discrimination that transpired in America due to the global pandemic taking place, where baseless hatred was projected towards Asians in general. As people started to blame China, which was where the virus had first originated from, the hatred then was projected towards those who had similar features with Chinese people, which was stereotypical to Asians in general (e.g slanted eyes, etc.). Basically, similar to anti-semitism, Asians are now being the ones targeted and subjected to hostility. The hatred subjected towards them has caused the specific minority ethnic group, namely Asians, to feel threatened and insecure, causing emotional damage and risks of getting hurt physically from other people who behave in a discriminatory manner towards them. This had caused them to be shunned and discriminated towards socially.

Another aspect that might potentially be the catalyst or reason as to why racial inequality exists is due to the mainstream media portrayal of these races in general. They often portray a certain ethnic group in a negative light, causing people to subconsciously create a ‘bias’ towards those ethnicity groups. One time I had accidentally stumbled upon a video that talks about sports in Olympics, especially badminton - women's doubles. One of the videos I watched had images of the players showing up each time their names were mentioned, however when China’s participants had been named, a picture of ‘coronavirus' had appeared instead of the badminton players themselves. Although this might not sound that big of a deal, the media has definitely played a huge role in indirectly shaping how people think, imbuing thoughts to their citizens that might lead to them believing in certain ‘prejudice’ or ‘bias’ that might be harmful to other races.

In conclusion, I personally believe that although race inequality may stem from many things, the two most prominent causes are: societal prejudice and the media. By understanding where prejudice and inequalities all stem from, the citizens or government can then act or provide solutions that suit the given problem. Not only is racial inequality detrimental to society, in the long run, this might give a huge influence to the future generations who might similarly adopt this ‘racists’ and ‘prejudiced’ mindset/behaviour. Thus, hence why I believe that raising awareness about these kinds of issues is truly important in order to maintain and establish a standard of 'good moral & ethical values' for our future young generations to follow.